On April 22, the California Water Association (CWA) submitted comments on issues covered in Governor Newsom’s Strike Force’s report titled, “Wildfires and Climate Change: California’s Energy Future” (Report) issued on April 12. The comments were requested by the Governor’s Office of Planning and Research, which is providing the staff support to the new Commission on Catastrophic Wildfire Cost and Recovery, and which will be submitting a report to the Governor and Legislature by July 1, 2019, on critical issues related to catastrophic wildfire cost and recovery.

While CWA concurred with many of the Report’s conclusions and recommendations, the letter expressed concern “about the implications and risks for [CWA] members and their customers that are associated with California law on inverse condemnation and strict liability.” Inverse condemnation holds California utilities responsible for wildfire damage caused by their equipment whether the companies acted negligently or not. Consequently, California water systems become victims twice over…first with the destruction of their equipment and infrastructure in a wildfire and second when the water systems are subjected to inverse condemnation and strict liability claims for damages when they were not at fault and had no responsibility for starting the fires.

The letter cited a 2008 incident when a vehicle’s faulty catalytic converter ignited roadside vegetation and caused the Freeway Complex Fire in Orange County that destroyed 314 homes. The fire burned a pressure monitoring wire at Yorba Linda Water District’s (YLWD) Santiago Booster Pump Station, which caused a short in the electrical panel and shut down the electrical pumps, as well as communication with the SCADA center at YLWD’s offices. The damage prevented YLWD from being able to pump water to fire hydrants in one neighborhood where, tragically, 12 homes were lost. Despite the Orange County Superior Court’s findings that YLWD did not cause the fire and the fact that YLWD was, itself, a victim of the fire, the utility found itself a defendant in an inverse condemnation claim simply because its fire-damaged equipment failed. The court found in favor of the plaintiffs and ordered YLWD to pay nearly $70 million in damages to the 12 homeowners.

Because water utilities must use operating revenues to pay the difference between their insurance coverage and the claims against them, the financial and operating losses for these utilities and their customers can be staggering. As one insurance expert noted in a recent article, “Inverse condemnation is an evolving exposure that may intensify in frequency, gravity, and consequence… With overwhelming financial ramifications, inverse condemnation represents an existential threat to public water systems.”

CWA’s letter asked that the inverse condemnation/strict liability doctrine, which the courts consider to be a constitutional protection under Article 1, Section 19 of the California Constitution, be changed to a fault-based standard whereby utilities pay for damage caused by their misconduct. The letter also outlined various options related to insurance and financing mechanisms, concluding with a recommendation that “wildfire costs should be socialized across a large a base as possible, i.e., the taxpayer, in order to take advantage of economies-of-scale benefits.” 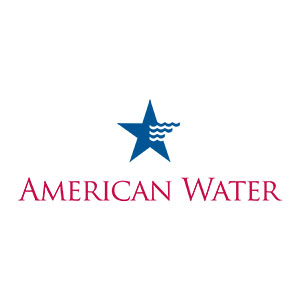