SAN FRANCISCO—The California Water Association released the following statement regarding the recent decision by the California Superior Court for Los Angeles County in a contested eminent domain takeover of an investor-owned public utility’s drinking water system by a local municipality. In dismissing the City of Claremont’s complaint after several weeks of testimony from experts and witnesses offered by both sides, the Court rejected the proposed takeover, ruling that residents of Claremont will be better served – in terms of both water quality and cost – by the current service provider, Golden State Water Company (GSWC), than by a city-owned water system. GSWC provides safe, reliable drinking water to more than 1 million Californians in 76 communities throughout the state. Read the Court’s final decision: 2016-12-09-statement-of-final-decision.

“The Court’s decision is a victory for the public interest and common sense. Takeover advocates promise lower rates and cost savings when encouraging local governments to attempt an eminent domain takeover of a privately owned, regulated public water utility. In this case, those promises turned out to be false, and the Court’s decision affirms that sound public policy should side with the professional water utilities best positioned to provide safe, reliable drinking water service to local communities.

“Takeover attempts are often driven by ideology rather than genuine public interest. The California Water Association is hopeful that the Court’s ruling will encourage those considering the same path to be very skeptical when takeover advocates promise lower costs and better service, and to consider the true costs of providing safe, reliable water service, including water quality treatment, infrastructure needs, sustainable long-term supply sources, and ongoing operations and maintenance.

“There is no example in recent California history where customers have benefitted from a contested eminent domain takeover of a large regulated water utilities. The Claremont decision demonstrates yet again that a forced change of ownership from a state-regulated water utility to a government-owned utility does not result in better service at lower cost

“Regulated water utilities have a long track record of providing reliable, high-quality water at a reasonable cost with top-notch customer service. Many have served California communities for generations and have been strong leaders in the effort to conserve during the drought. This is a proud legacy that CWA looks forward to continuing.” 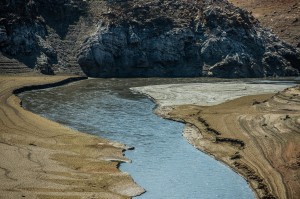