Among the fastest growing legislative education programs in the state is the Water Education for Latino Leaders (WELL), which held its 5th Annual Conference in San Diego in late March. California Water Association (CWA) and several member companies were among the many sponsors of the event, which was themed “Water in California.” The conference is designed to educate local elected officials on the dynamics of water in California and facilitate an understanding of comprehensive, long-term water policies that will sustain the state’s economy and quality of life.

The conference included panel discussions titled “California Water with Mexico and Binational Implications,” “How to Get Elected and Appointed to a Water Board” and “How Do Regulations Affect Costs of a Water Infrastructure Project.” Speakers included California Public Utilities Commissioner Martha Guzman Aceves, who was introduced by Hawks; State Assembly Member Eduardo Garcia; Karina Cervantez, Central Coast Regional Water Quality Control Board member; various local officials; and representatives from utilities and water districts.

Executive Director Victor Griego also announced the inaugural class for WELL UnTapped, a selective, year-long program for local elected leaders to increase their impact in California water policy and facilitate their involvement on solutions to community challenges with water. 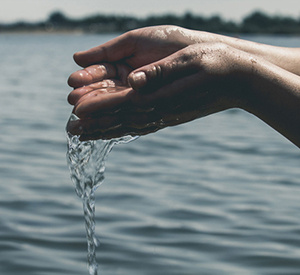