It’s a familiar question for water utility managers these days: “Why are my rates increasing when I’m using less water?”

The concept of “use less, pay more” is a frustrating conundrum faced by water customers and water utilities across the country. Nationally, water consumption on a per capita basis is trending downward for all water providers, according to the National Association of Water Companies and other water industry experts. At the same time, water providers have high fixed costs that often exceed 80 percent of their total expenditures. The high fixed costs are necessary to capture, treat and deliver water to customers as well as for the investments in infrastructure, finding new sources of water and providing fire service. These costs, which are increasing, are the types of costs that will be incurred irrespective of how much water is sold by the utility, therefore, driving up the unit cost as total consumption declines. For water utilities and their customers, the concept has become “use less, pay more, but use more and pay even more.”

How should water providers communicate this puzzle to ratepayers in a way that encourages sustainable water use? Even more, how should they anticipate and set rates to compensate for revenue shortfalls resulting from what experts are calling the “new normal” of lower water usage?

Alliance for Water Efficiency (AWE) President and Chief Executive Officer Mary Ann Dickinson recently addressed these topics during a presentation to members of the Regional Water Authority in Sacramento. To help guide water suppliers from across the country, AWE has launched an initiative that will explore solutions to the problem of declining water sales on utility revenues.

While it might seem logical to attribute the downward trend in water demand to customer conservation efforts – after all, water utilities have been promoting water efficiency for years even before California passed its law in 2009 mandating urban water providers to reduce their customers’ per capita water use 20 percent by 2020 – the reality is more complex.

Dickinson said, “A good place to start the conversation with customers about conservation and rising rates is by explaining that there are other drivers leading to decreased water consumption. Some of these drivers include new codes requiring efficient water fixtures (such as toilets and showerheads); the loss of customers due to home foreclosures and the economic slump; and several wet years between 2009 and 2013 that reduced the need for landscape irrigation, which is typically where most household water is used.”

From there, the conversation should move to costs incurred by water providers to maintain, upgrade and replace infrastructure. Because the large majority of a water utility’s total costs are driven by investments required to ensure safe, reliable water service – and not the actual amount of water delivered to customers – it is understandable that when revenues decline more than the costs associated with decreased quantities, there is pressure to increase rates. From a customer’s standpoint, while the increased rate is annoying because less water is being used, it is reassuring to know the water system is being properly maintained and kept up to date, and their conservation efforts have helped to minimize both their monthly costs and the rate increases.

In addition, AWE’s report, Declining Water Sales and Utility Revenues: A Framework for Understanding and Adapting, suggests there are global messages water providers need to better communicate such as:

The report also encourages the water industry to own the issues of declining sales and revenues and update its conservation message to one of service and sustainability.

Beyond the immediate need to explain the “water conservation conundrum” to customers, Dickinson noted that water utilities also need to rethink rate structures to anticipate the downward trend in water use for the long term. “We’re fundamentally charging more or less the way we did 50 years ago,” she said. “Look at cell phone pricing plans. Why aren’t we thinking about options like that? We have this traditional method of selling unit blocks of water that’s been the same for decades. This structure doesn’t deal with wide revenue swings like we’ve been experiencing.”

AWE’s report does have one bright note: Despite the current trajectories, the declining usage problem is transitory – the report anticipates that sales and revenues will eventually stabilize. 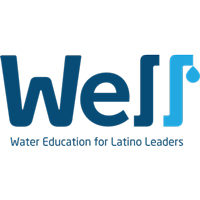 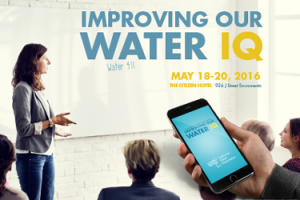