Companies Are Committed to Improving Reliability of California’s Water Supply

SAN FRANCISCO–California’s largest regulated water utilities invested more than $645 million in 2017 into improving and upgrading the infrastructure that delivers water to the communities they serve, according to an analysis by the California Water Association (CWA).

“Regulated water utilities are dedicated to delivering a reliable and safe water supply for customers,” said CWA Executive Director Jack Hawks. “A critical part of making that happen is to continually invest in and properly maintain the systems that extract and produce, treat and deliver water to homes and businesses.”

The American Society of Civil Engineers in its 2017 Infrastructure Report Card[1] notes that there are an estimated 240,000 water main breaks per year in the United States, wasting over 2 trillion gallons of treated drinking water. And, according to the American Water Works Association, an estimated $1 trillion is necessary to maintain and expand drinking water service to meet nationwide demands over the next 25 years.

Some of the infrastructure improvements made by the state’s water utilities regulated by the California Public Utilities Commission (CPUC) in 2017 include:

“The challenges of delivering a dependable and safe water supply to California’s communities, especially those that are disadvantaged, is a hot topic under debate by legislators, regulators and water providers,” Hawks said. “One of the benefits of being served by a regulated water utility are the systems in place through the CPUC to ensure adequate investment in water systems so that communities are protected.”

Find more information about CWA and its members at www.cwacontent.local. 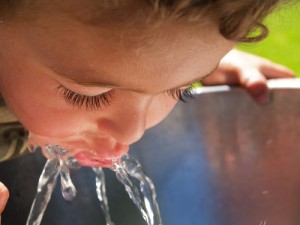 Claremont Decision a Victory for the Public Interest