In his new role as SJWC’s Vice President of Regulatory Affairs and Government Relations, Tang will be responsible for establishing regulatory policies, developing and executing rate filings and testimony and preparing financial and regulatory analyses to determine revenue requirements and rate structures. As a Registered Civil Engineer with 16 years of associated experience, he joined SJWC in June 2004 as an Assistant Engineer. Tang has demonstrated leadership, resourcefulness and organizational skills in conducting key strategic and operational initiatives. He is held in high regard by community leaders and state and locally elected officials with whom he interacts on behalf of SJWC.

Reporting to Tang, Jayme Ackemann will assist in planning and executing programs in all areas of public information, media relations, customer relations, corporate communications and community relations. Ackermann comes to SJWC with a bachelor’s degree in Communications and Broadcast Journalism and more than 14 years of experience as a communications director/manager in local government and private organizations.

At CAW, Hofer will oversee operations for Water and Wastewater Treatment, Transmission and Distribution, Field Services, SCADA, Water Quality and Environmental Compliance, Customer Advocacy and Metering. He has worked with wholesale and retail water agencies, as well as public and investor-owned companies, during more than 32 years of serving in the water industry. In his previous position with CAW, Hofer was Director of Southern California Operations. He also served as CAW’s Operations Manager for the Los Angeles District and External Affairs Manager for the Southern Division. Before joining CAW in 2008, Hofer managed public affairs, media relations and corporate communications for the Southwest Water Company Utility Group and the Metropolitan Water District of Southern California. He serves on the boards of the Raymond Basin, San Gabriel River Committee and Main San Gabriel Watermaster and holds Level II certifications in both Water Treatment and Distribution.

Replacing Hofer as Director of Southern California Operations is Christopher Mattis. Mattis will oversee all facets of operations for CAW’s Los Angeles, San Diego and Ventura County water systems, which serve a total of 180,000 residents with 70,000 service connections. Since beginning his career at CAW in 1981, Mattis has held various positions within the company’s San Diego County District. He earned an associate degree in Business Administration from Southwest College and an associate degree in Water Technology from Palomar College. Mattis is a member of the California-Nevada American Water Works Association and holds a Level V certification in Water Distribution, a Level II certification in Water Treatment and a Level I certification in Cross-Connection Control. 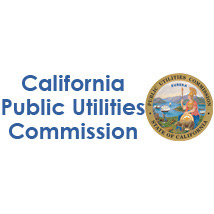