The drought in California has meant aggravation and hardship for water utility customers, not only in terms of the inconvenience of letting lawns go brown, but also by the additional strain on household budgets as rates rise to offset the drought’s economic consequences. In this, the October 15 article, “Cities and Private Equity First Fight over Ownership of Water Systems,” was correct.

However, the article perpetuates several myths about water utility ownership, water rates, drought management and government takeovers of regulated water systems that are not grounded in facts. Here are a few:

Water providers throughout the state are raising rates to cover revenues lost from the drought. The Governor’s mandated statewide 25 percent water-use reduction has resulted in significant revenue losses for all utilities, necessitating rate increases by both municipal and CPUC-regulated suppliers. They are complying with the State Water Resources Control Board’s Resolution No. 2015-0032, which directs utilities facing budget shortfalls due to reduced sales to “take immediate steps to raise necessary revenues in a way that actively promotes continued conservation.”

In fact, a recent Fitch Ratings survey found that 78 percent of California municipal water agencies have or are planning rate adjustments to offset the revenue losses from mandatory conservation. Also, both municipal and CPUC-regulated utilities have similar types of drought surcharges and prohibited use penalties in place to comply with the reduction mandate. These enforcement measures are not limited to the CPUC-regulated systems; municipal agencies’ surcharges/penalties can be just as steep.

Utilities everywhere are facing pressure to increase rates to fund needed infrastructure improvements. Indeed, dozens of the state’s 440-plus municipal water utilities are raising rates, with many proposals well above 20 percent over current levels, and equal to or higher than those being considered by the CPUC. The Los Angeles Department of Water and Power is not immune to the problem and is making a modest attempt to address its revenue deficiency and maintenance deferral challenges with proposed rate increases over the next five years.

Rate increases are aimed at recovering costs, not guaranteeing a profit. Unlike municipals, state law requires CPUC-regulated water utilities to undergo a rate review every three years. The rate of return, set by the CPUC after an exhaustive process that includes ratepayer advocates, is not guaranteed, as quoted in the article. Rather, it creates an incentive to ensure that needed infrastructure investments are made in distribution main and pipeline replacements, water treatment plants, wells and reservoirs, recycled water and desalination facilities, and groundwater storage. All other expenses are charged to customers at cost, including the water itself – there is no profit margin on the sale of the water, and the rate of return isn’t achieved unless the business is properly managed. Like their government counterparts, the CPUC-regulated utilities have trimmed costs and struggled to maintain financial stability.

Private equity ownership of regulated water utilities in California is rare. Most private water systems here are owned by customers and are known as mutual water companies. The remaining systems are actually public utilities regulated by the California Public Utilities Commission (CPUC). Only two of them are owned by private equity firms, and they are among the best managed in the state, whether the evaluative criterion is customer service, operating efficiency, water quality, or infrastructure investment.

Ideology is the primary driver behind takeover attempts. Recent condemnations in California have resulted in rate increases, not decreases.

The California State Auditor has conducted audits of water utility rates and service during the past three years in regions surrounding the Town of Apple Valley, Antelope Valley in northern L.A. County, and southwest L.A. County. All three audits confirmed the probity and efficacy of the rate-setting process and related management procedures for regulated water utilites, yet all three identified a concern with at least one of the municipal utilities involved.

Both government-owned and CPUC-regulated public utilities are responding to the drought by working with their customers to help them conserve, and by reducing operational costs. Virtually all utilities are adjusting rates and tariffs to reflect the world of vastly lower sales. All of them work hard to comply with the state’s mandated reductions and to prepare for a continuation of the drought. Unfortunately, the fact that some municipalities are pursuing costly takeovers that will burden customers and taxpayers, and not improve service or lower rates, is an unneeded distraction during this unprecedented drought. Furthermore, private equity firms have a proven record in California of providing excellent customer service and have managed water systems that ensure a safe, reliable supply of high-quality water at reasonable rates.

Jack Hawks is Executive Director of the California Water Association (CWA), which represents the interests of water utilities regulated by the California Public Utilities Commission. 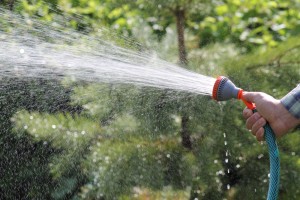 Frequently Asked Questions About the CPUC’s Resolution on Water Conservation 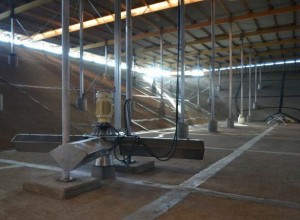