Following their first open meeting on January 19, newly appointed commissioners for the California Public Utilities Commission (CPUC), Martha Guzman-Aceves and Clifford Rechtschaffen, got a clear idea of the comprehensive agenda facing them in the year ahead as CPUC President Michael Picker outlined his work agenda for the coming months. With safety, reliability, external challenges and implementing internal reforms topping the list of imposing responsibilities, both Guzman-Aceves and Rechtschaffen acknowledged the importance of balancing these priorities with the multi-dimensional nature of energy, communications, water, rail and transportation industry regulation of rates and/or terms of service.

Both commissioners thanked former Commissioners Michel Florio and Catherine Sandoval for their contributions and extraordinary work ethic and outlined their own priorities in conjunction with President Picker’s agenda. Guzman-Aceves pointed to her recent background in water, renewable energy and CPUC policy legislation as well as her long-term involvement with assisting disadvantaged communities on affordability and service issues. Rechtschaffen emphasized his environmental background and the need to continue the CPUC’s important climate change, renewable energy and energy efficiency policies.

According to the governor’s press release, “Martha has the experience, know-how and insight to well serve the people of California at the Public Utilities Commission. Cliff’s experience as a lawyer, teacher, and specialist in environmental and energy matters equips him to do an outstanding job on the Commission. Both have sound judgment and a commitment to protecting ratepayers and ensuring safe, reliable, and climate-friendly energy in California.”

Since 2011, Guzman-Aceves has served as Deputy Legislative Affairs Secretary in the governor’s office working on natural resources and water, environmental protection, energy, food and agriculture. She previously worked for the California Rural Legal Assistance Foundation, Swanton Berry Farm and United Farm Workers. Guzman-Aceves co-founded the charitable organization Communities for a New California, which promotes increased civic engagement of underrepresented communities. She holds a Master of Science degree in agricultural and resource economics from the University of California, Davis. 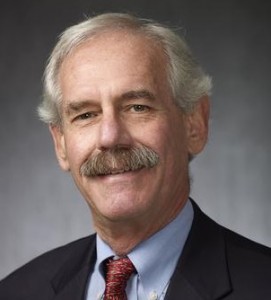