CWA Executive Director Jack Hawks describes how regulated water utilities are at the forefront in responding to and leading the way in preparing for California’s water challenges in an article published in WaterWorld.

When California entered its fourth year of unrelenting drought in 2015, the state regulators took action, forcing all water providers to make fundamental changes in how they operate and to develop plans for sustainable water supplies and financially-sound business operations.

Investor-owned utilities (IOUs) are at the forefront in responding and are leading the way in preparing for tomorrow’s water challenges.

The Call to Action

In April 2015, Governor Jerry Brown issued his third drought-related Executive Order, mandating a series of statewide actions designed to achieve a 25 percent reduction in water use by the urban sector between June 2015 and March 2016, as compared with the same months in 2013.

The State Water Resources Control Board (State Board) was charged with implementing this directive and set reduction targets ranging from 8 to 36 percent for each of the 411 urban water suppliers (more than 3,000 service connections). The California Public Utilities Commission (CPUC), which regulates investor-owned water utilities in the state, quickly followed with two resolutions mandating compliance with the Governor’s Executive Order and conservation targets set by the State Board.

Read the full story in WaterWorld. 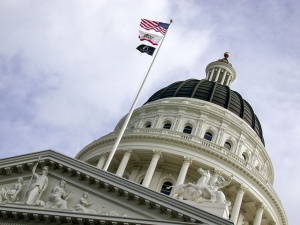