In July, the Public Policy Institute of California published Just the Facts – Water Use in California. The report indicated average water use statewide breaks down at roughly 50 percent environmental, 40 percent agricultural and 10 percent urban. Those percentages vary, however, across regions and between wet and dry years.

According to the report, agricultural and urban water use is holding steady despite the growth of both the economic value of farm production and the state’s population.

Major water use challenges have been exposed by California’s current drought, including the failure to sustainably manage groundwater in some regions. In urban areas, the report points to reducing landscape irrigation as a top water-saving solution, which will require behavioral changes on the part of consumers.

In conclusion, the report emphasizes it’s up to state and federal regulators to make “tough decisions about how and when to allocate water to the environment during a drought.” They must balance “short-term economic impacts on urban and agricultural water users against long-term harm—even risk of extinction—of fish and wildlife.” 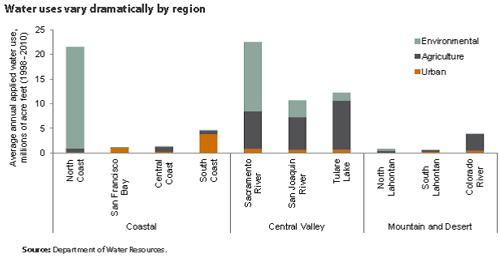 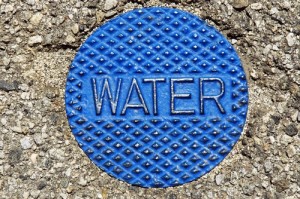