The California Department of Public Health (CDPH) has underestimated the costs for state compliance with the proposed drinking water standard for hexavalent chromium (Cr-6) by nearly $460 million annually, according to comments filed by the California Water Association (CWA) on October 11, 2013.

CDPH has proposed a maximum contaminant level (MCL) of 10 micrograms per liter (μg/L) or 10 parts per billion, the equivalent of about one drop of water in 13,750 gallons. CDPH seeks to be the first state regulatory body in the United States to promulgate an MCL for Cr-6.

Equally significant to the projected compliance costs, noted CWA, is that CDPH’s estimated occurrence level in California of 311 wells at the 10 μg/L level increases nearly fourfold to 1,360 sources when total chromium monitoring levels (which include Cr-6), and the accepted industry practice of including sources within 80 percent of the MCL, are applied to the occurrence level calculation.

CDPH is vested with statutory authority to adopt an MCL for Cr-6 that considers public health effects, technical feasibility and economic impacts. Further, while water purveyors, like CWA member companies, are required to comply with the MCLs and other water quality regulations set by CDPH, CWA made it clear that its comments were limited to economic consequences for customers.

“Regulated water utilities rely on the independence and expertise of public health scientists and officials to ensure that drinking water standards are promulgated in an open and objective manner,” CWA stated in explaining why its members were in no position to make value judgments on proposed MCLs at particular levels. “However, because CDPH’s MCL development process expressly considers economic feasibility in setting drinking water standards, CWA seeks to contribute to this Rulemaking by providing CDPH with the most accurate and up-to-date technical data available regarding Cr-6 occurrence and costs of compliance.”

After CDPH issued its Notice of Proposed Rulemaking in August 2013, CWA collaborated with three other industry associations – Association of California Water Agencies, American Water Works Association (AWWA) and AWWA’s California-Nevada Section – to develop expert studies of occurrence data for, and estimated compliance costs with, a Cr-6 MCL that would help inform CDPH and advance its analysis of the feasibility of compliance with a final MCL. The effort resulted in two separate contracts – one with Jacobs Engineering Group, Inc., on the occurrence analysis, and one with Water Quality Technology & Treatment Solutions, Inc. on compliance costs.

“The technical comments prepared by these two organizations formed the basis for the conclusions reached in CWA’s comments that the estimated number of sources likely to be impacted at a 10 μg/L MCL, as well as the estimated costs of compliance with a Cr-6 MCL, are substantially higher than predicted by CDPH,” said Dawn White, Water Quality Manager at Golden State Water Company, and Chair of CWA’s Water Quality Committee.

CWA also surveyed its larger member companies on the number of wells affected and associated compliance costs at various potential MCLs. The results indicated that all seven of the largest members surveyed (149 wells) would be affected at the 5 μg/L level. At the 10 μg/L level, two members (114 wells) would be affected, and the compliance costs for one of the affected systems could result in customers’ monthly bills quadrupling.

“In light of the sheer number of potentially affected wells, many of which will require the construction of treatment facilities in order to meet the adopted standard,” CWA said, “it is evident that the existing timeframe for compliance is infeasible and will have unintended adverse consequences.” CWA also noted that one of the worst consequences from a public policy standpoint – aside from the cost impacts on customers – would be the abandonment of an otherwise needed water source.

At this point, because of ongoing litigation between the Natural Resources Defense Council and CDPH on the establishment of a Cr-6 MCL, it is unclear when the proposed MCL will be finalized; however, it will likely occur between May and August 2014. 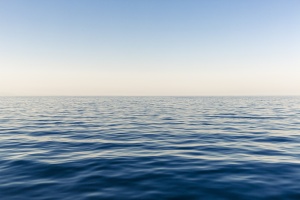 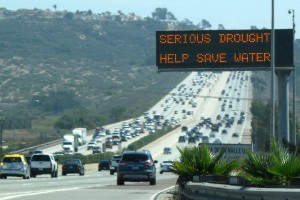