The city of Claremont wants to go into the water business, even if it means residents will pay substantially higher water rates and at least $133 million in new taxes and long-term debt. There’s no other conclusion to reach when looking at the city’s actions and the track record associated with government takeovers of regulated water utilities.

In every case, promises are similar: lower rates and local control. However, there is no example in California history where a hostile government takeover of major regulated water utility water system lowered costs and provided better service. History, in fact, demonstrates a different reality.

Consider this most recent example: In 2008, local citizens in Felton, Calif. were counseled by a Washington, D.C.-based lobbying group called Food & Water Watch to promote a takeover through a contrived local activist group. Instead of a thoughtful effort to determine if a new provider would truly benefit the community, facts were replaced with attacks, exaggerations and falsehoods designed only to garner political support.

Looking beyond the rhetoric, here’s what really happened: Takeover proponents claimed that the system was worth $5.3 million and that they could cut rates to offset a 30-year $500-per-year per-household property tax increase. They claimed residents would benefit from local control, and rate increases would be a bare minimum.

Local residents voted yes, the water system was sold to a neighboring public water district and the guarantee of lower rates evaporated almost immediately. The actual purchase cost was $13.4 million, approximately 250 percent more than voters were told. Just months after the takeover, the new water provider announced plans for substantial rate increases. Customers shouldered a 12 percent increase in 2009, 8 percent increase in 2010 and 15 percent increase in 2011. Each year’s increase was based on the previous year’s rates, with the compounding effect making the hit even harder to absorb.

“I wasn’t expecting a rate hike on top of the higher property tax. This is coming out of left field,” Felton resident Beth Hollenbeck said in the Santa Cruz Sentinel. “It’s a hard financial pill to swallow, a double whammy for Felton residents.”

That’s just the cost side of the equation. After a takeover, providing quality drinking water and maintaining the system becomes a government responsibility, competing with other municipal services. Claremont does not have a water department and would have to hire employees, purchase equipment and create a major new bureaucracy.

Golden State Water Company has 550 statewide employees who are water utility professionals, including drinking water experts, water infrastructure managers and a 24-hour customer service center. Claremont customers can speak to a trained professional day or night that can address any question or, if necessary, schedule a free home visit. Asserting that the city could replicate service residents today receive and pay to acquire the system without dramatic rate increases is misleading and a disservice to Claremont’s citizens. Equally misleading is the suggestion that a takeover won’t lower rates in the near term, but they will in the future.

It’s important to know that all providers, municipal and regulated, are facing increased costs to ensure that water moves safely from its source to your tap. Remarkably, this service is provided to customers for less than a penny per gallon. Claremont residents benefit from having a top-class water provider that doesn’t take away tax dollars from police or fire protection to pay for wells, mains or treatment plants, or to purchase water.

Claremont residents will undoubtedly hear promises that a water system takeover is a good business decision. Promises are easy to make, but those who ignore history are doomed to repeat it. History has demonstrated that Claremont’s potential eminent domain takeover of Golden State Water Company will result in residents paying higher water rates and higher taxes, without receiving a higher level of service. 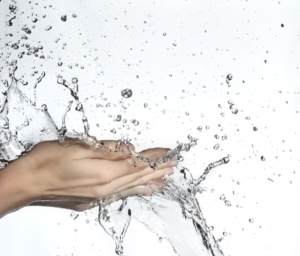