In an article in the Inland Valley Daily Bulletin, Denise Kruger, Golden State Water’s Senior Vice President of Regulated Utilities, commented that “over the last year, [Claremont] has approved spending at least $800,000 to promote an unnecessary government expansion” and is exposing residents to “undue financial risk and harm” by understating the cost of an eminent-domain takeover.

California Water Association Executive Director Jack Hawks further outlined the risks and false promises of government takeovers of water utilities in a November 8 guest commentary in the Claremont Courier. Hawks noted that in every case of government takeovers of investor-owned water companies promises were made to lower rates and increase local control; however, the facts and history suggest otherwise. He outlined one glaring example where the local citizens in Felton, California, were led to believe the water system was worth $5.3 million, that under a takeover their rates would be cut by enough to offset subsequent tax increases, and they would experience minimal rate increases moving forward. In actuality, the system was purchased for $13.4 million. Only a few months after the takeover, residents learned of plans for substantial rate increases, and customers saw a 12 percent increase in 2009, an 8 percent increase in 2010 and a 15 percent increase in 2011 with significant increases proposed for the future as well as a hike in property taxes.

The city of Claremont says it won’t create a water department, and they don’t have any idea who will run the system or what level of water service will be provided. Hawks argued that Golden State Water already has the infrastructure and experts and managers in place and has effectively delivered high quality water and outstanding customer service 24 hours a day since 1928. He went on to assert that it’s “misleading and a disservice to Claremont’s citizens to suggest that the city could replicate the same quality services they receive today and pay to acquire the system without dramatic rate increases.”

A February 2013 Orange County Register editorial supports Hawks’ perspective citing “city utilities are notorious for neglecting upkeep,” and although Golden State Water’s water rates are higher than rates in surrounding areas, the company noted its rates “reflect the full cost to provide the service, maintain the infrastructure and make needed investments to improve the system.” The editorial goes on to say, “Government-run utility systems, unlike private companies, can foist costs, such as unfunded pension liabilities, onto the general tax base.”

On November 19, Golden State Water officials met with approximately 150 customers to share the facts and realities behind Claremont’s takeover effort. According to Kruger, “It was important for us to share significant details with our customers as well as our perspective on the real results of the city’s attempt to take over the water system.”

During the meeting, company representatives outlined the more than $20 million investment Golden State Water has made since 2000 and the $3.1 million spent in 2012 to ensure a solid infrastructure for the water system. Golden State Water representatives also listened to customer concerns about the frustration of rising water rates in light of conservation efforts. While clarifying the facts behind the Water Rate Adjustment Mechanism surcharge, established to ensure water companies acquire the money necessary to cover fixed costs, Kruger explained Golden State Water has been and continues to be committed to providing dependable, quality water services to Claremont residents and stated, “We believe that the details behind the city’s takeover attempt will never result in reduced costs.”

SWRCB Extends Emergency Regulation At Least Until May 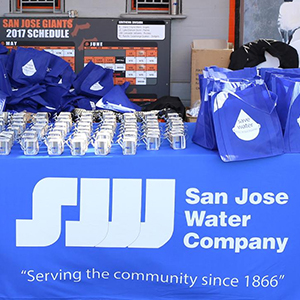