Nearly 2,000 bills have been introduced in the 2014 California legislative session. The California Water Association (CWA) has identified approximately 80 that may affect investor-owned water companies (IOWCs). Of those bills, CWA’s Legislative Committee has taken formal positions on six bills and classified almost 50 to watch for future action, if necessary. The committee members also reviewed the drought relief package, the water bonds and the drinking water program transfer implementation.

The Legislature introduced 11 water bond bills to replace the $11 billion bond currently scheduled for the November ballot. The replacement measures vary in amounts from $5.8 to $9.3 billion. At this point, CWA is supporting AB 1331 (Rendon), which would authorize the issuance of bonds in the amount of $8 billion designed to finance a variety of measures, including surface and groundwater storage projects, that will support reliable supplies and clean, safe drinking water for all Californians. CWA worked closely with Assembly Member Anthony Rendon and his staff to ensure that IOWCs would be eligible for bond funds that, in turn, would directly benefit IOWC-taxpaying customers. In fact, CWA Legislative Advocate Jennifer Capitolo was successful in organizing a “Dear Colleague” letter from Assembly Speaker-Elect Toni Atkins (D-San Diego) signed by 13 Democratic legislators. The letter explained, in detail, why IOWCs and their customers should be eligible to apply for proceeds from the sale of the water bond (see the following article).

In addition to AB 1331, CWA sent “support” letters on March 18 to the Legislature on SB 936 (Monning) and SB 1292 (Hueso). SB 936 would authorize the California Public Utilities Commission (CPUC) to issue financing orders to facilitate the recovery, financing or refinancing of water supply costs on the Monterey Peninsula in support of water rate relief bonds that would be issued by the Monterey Peninsula Water Management District. SB 1292 would increase the maximum amount of a construction grant award to $5 million under the Safe Drinking Water State Revolving Fund for water systems serving severely disadvantaged communities. CWA also supports SB 1049 (Pavley), a water planning bill that would require an Urban Water Management Plan to include projects or programs that are intended to increase energy efficiency for water supply activities.

CWA took an oppose position on two bills. AB 2281 (Hagman) relates to the CPUC and would add two legislative members, one from the majority party and one from the minority party, to provide legislative oversight of the CPUC. The second bill, AB 2443, falls into the Consolidation/Eminent Domain/Service Duplication category and would make the service duplication law inapplicable for recycled water service within the service territory of mutual water companies. CWA is working with the author on potential amendments.

Some of the key bills CWA chose to watch include SB 848 (Wolk), AB 1434 (Yamada) and two CPUC-related bills. SB 848 proposes a $6.8 billion bond to finance a safe drinking water, water quality and water supply program. IOWCs will be included as eligible applicants for grant funding under the bond. This bill has already passed its policy committees and is awaiting action by the Senate Appropriations Committee in mid-April, at which time CWA will review its position.

AB 1434, as proposed, will create a statewide fee on all water customers’ bills to fund low-income assistance programs for customers in disadvantaged communities and in those communities where segments of the customer base fall below minimum income levels. The author is still working on the details of the bill. The CPUC-related bills include AB 1678 (Gordon), which would add lesbian-, gay-, bisexual- and transgender-owned businesses to the utility supplier diversity requirements under General Order 156; and SB 636 (Hill), which would prohibit CPUC staff from acting as advisory and prosecutorial staff simultaneously on the same matter.

On the drought and water-use efficiency front, two bills will be monitored by CWA for possible future action. AB 1983 (Gray), a reintroduction of the Sierra Club’s multi-unit structure individual metering bill that failed in 2012, and AB 2636 (Gatto), which reintroduces the CalConserve bill from 2012. The latter would establish the CalConserve Water Use Efficiency Revolving Fund for water-use efficiency projects. CWA is watching the bill until a funding source is identified.

One groundwater bill on the watch list is SB 1168 (Pavley), which would require a local agency to determine sustainable yield for a groundwater basin in coordination with other regional agencies.

Of the two Consolidation/Eminent Domain/Service Duplication bills, CWA will be watching AB 1527 (Perea), which seeks to remove barriers to consolidation of small water systems. CWA is working with the author on amendments to this spot bill. The second bill, SB 1130 (Roth), is a reintroduction of SB 772 regarding liability exemptions for a successor water supplier to the County Water Company of Riverside.

Finally, Governor Brown’s budget legislation includes the transfer of the Drinking Water Program from the Department of Public Health to the State Water Resources Control Board. The Legislature began its budget review process in March, and the budget committees are holding a series of hearings to discuss trailer bills that include the details on transferring the positions and funding and cleaning up any policy references. It is likely the budget will pass and be signed by the governor in June with an implementation date of July 1, 2014.

CWA’s Legislative Committee and members will continue to monitor hearings and engage in policy discussions with legislators and staff regarding the bond measures, drought relief legislation and any other issues of relevance to IOWCs and their customers that may arise. 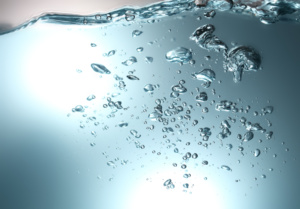 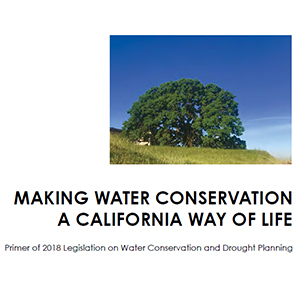