CAW President Rob MacLean noted in a press release, “The pipeline construction represents the first tangible step in bringing a new source of water supply to the area. Special recognition is owed to the residents of the Monterey Peninsula who have done their part by becoming one of the lowest-per-capita water users in the country and who have showed tremendous patience while this complex process played out.”

Pacific Grove Mayor and Monterey Peninsula Regional Water Authority President Bill Kampe praised the collaborative efforts of CAW and local governments, while Seaside Mayor Ralph Rubio said the project is a “great example of private and public agencies working together toward a common and beneficial goal.” Monterey Mayor Clyde Roberson explained that “while there may be some traffic impacts, it’s a small price to pay for what will be a permanent fix to our long-term water needs.”

Monterey Peninsula Water Management District General Manager Dave Stoldt summed up the collaborative nature of the project, “We’re entering an era where we can think regionally (about water). This pipeline is a partnership. This is a story of effective regional collaboration to solve a common problem that is both sustainable and cost-effective.”

For project updates and a timeline, visit www.watersupplyproject.org. 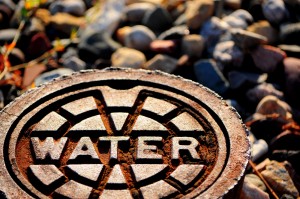