When the devastating Woolsey Fire started in Ventura County on November 9, 2018, California Water Service’s (Cal Water) top priority was to keep water flowing for the firefighters and residents in its Westlake District service area. As the fire threatened Cal Water’s facilities and storage tanks, as well as thousands of homes and businesses, crews and equipment from the utility’s East Los Angeles and Rancho Dominguez districts were dispatched to the Thousand Oaks Emergency Operations Center to provide assistance.

As the fire spread rapidly due to unusually high winds, a section of Highway 101 was closed, and evacuees and morning commuters found themselves in massive traffic jams that impeded the emergency response teams. Acting quickly, California Highway Patrol (CHP) officers escorted Cal Water’s crews and equipment to critical locations, which reduced response times and greater risk to the water system infrastructure. As a result, Cal Water and the firefighters were able to maintain access to water as the latter worked tirelessly to protect homes and businesses in the community.

As an expression of gratitude, Cal Water hosted an appreciation luncheon in mid-December to honor the CHP officers who provided assistance during the fire, specifically Captain Salvador Suarez, Sergeant Giovanni Bembi, and Officers Gina Jojola, Myra Sanchez, and Ray Martinez. Cal Water also provided financial support to the CHP’s Explorer Program and 11-99 Foundation as a further expression of appreciation. The ongoing partnership between Cal Water and the CHP, whether through emergency operations support or the annual CHiPs for Kids Toy Drive, exemplifies their commitment to improving the quality of life in the communities they serve. 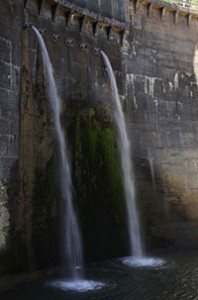 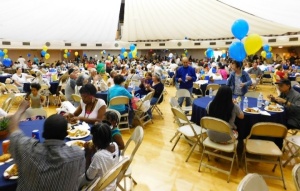