For the first time in the 14-year history of its annual Diversity En Banc hearing, the California Public Utilities Commission (CPUC) hosted a panel of senior executives on September 21, 2016, from its regulated water utilities, who reported on their partnerships with certified minority vendors, suppliers and consultants during 2015.

With the theme, “Supplier Diversity: Success Through Leadership and Synergy,” the En Banc featured a summary of all utilities’ performance and the annual report to the Legislature on compliance with General Order 156 (GO 156), the CPUC regulation that governs utility procurement of goods, services and fuel from Women-, Minority-, Disabled Veteran- and LGBT-owned Business Enterprises.

In GO 156, the CPUC encourages investor-owned utilities to purchase 21.5 percent in goods and services from diverse firms (15 percent from minority owned firms, 5 percent from women-owned firms and 1.5 from percent disabled veteran-owned firms). In 2015, the program was extended to include lesbian, gay, bisexual and/or transgender businesses per Assembly Bill 1678 (Gordon).

At the hearing in South San Francisco, the CPUC reported that the companies participating in its supplier diversity program hit a new milestone of procuring more than $8.9 billion in goods and services in 2015 from diverse business enterprises, principally from the huge energy and telecommunications utilities serving millions of people in California.

The En Banc also featured a panel of association executives representing various diverse business entities, moderated by retired Assembly Member Gwen Moore (who authored the original legislation establishing GO 156 in 1988), titled “The Diverse Community perspective on General Order 156.” Among the points made was the need for utilities to maintain direct contact with contractors and subcontractors as evolutionary changes continue in the procurement market to make it more efficient.

The En Banc also featured success stories and case histories from the suppliers themselves, including former Secretary of Housing and Urban Development (1993-1997) Henry Cisneros, who is now a partner in the investment banking firm, Siebert Cisneros Shank & Co. LLC.

These officials covered the following in their remarks:

They answered questions that dealt with contracting opportunities, benefits of their particular programs in their local communities, plans for growth of their programs, opportunities for diverse business enterprises in future water infrastructure investment and challenges with incorporating new diverse vendors into their utility’s supply chain.

Although the energy and telecommunications utilities have been under GO 156 for nearly 30 years, it wasn’t until 2011 that the water companies were brought into the program (from 2005-2011, the companies voluntarily created and conducted supplier diversity programs). And 2015 marked the third straight year that the water utilities, combined, achieved compliance with the overall goal of GO 156. 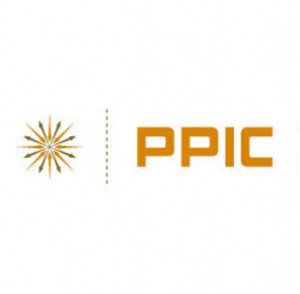