Following California American Water’s (CAW) dismantling of the aging San Clemente Dam, the largest dam removal in California history, steelhead trout and other endangered species are returning to the Carmel River. The 106-foot tall concrete structure was 95 percent full of sediment and at risk of failure during an earthquake, which would have resulted in debris hurtling downstream toward 1,500 structures and homes. The dam’s removal has restored access to 25 miles of upstream spawning and rearing habitat for steelhead trout and allowed endangered red-legged frogs and lamprey to return to the river for the first time in 95 years.

In a KQED Science article, Lindsey Hoshaw noted, “On the Carmel River, steelhead finally have pools of water to rest in and boulders to hide under. After nearly 100 years, the river is slowly shifting back into a version of its former self.” 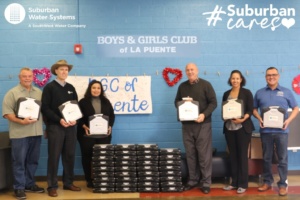