On March 28, 1973, the temperature grew unusually warm east of Riverside at Loma Linda University (now La Sierra University). A 28-year-old consumer activist named Ralph Nader got up to speak. The overflow crowd of 2,000 had come to hear Nader cast invectives at the local water utility, Southwest Water Company (later renamed Suburban Water Systems), regarding the company’s condemnation struggle with the City of Riverside. Nader was in rare form, telling the audience, “Don’t be detoured by economic rate-making or by jurisdictional problems. Just ask yourself how you file a legal petition to revoke their license to supply water to this city…That’s where you focus – right on that issue.” 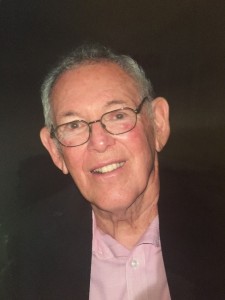 A COURAGEOUS MAN SPEAKS UP
A little more than a week later, 46-year-old Marty Abramson sent a letter to Nader taking him to task. Marty pulled no punches, opening with, “I happen to be a fan of yours, so that it was with great sadness that I read the attached newspaper account of your statements made at a lecture at Loma Linda University on the water supply situation in Riverside.” Marty never minced words and, ahead of his time as he often was, quickly went to the heart of the matter. “You don’t take away a company’s franchise without adequate compensation.” Perhaps most impressive, Marty signed the letter, “Martin Abramson, Chief Hydraulic Engineer, State Public Utilities Commission.” Marty clearly had the Commission’s total support, and the letter was widely distributed.

A FAMILY MAN
Marty loved to tell how he met his wife Kitty in Russian River, PA. He and some friends were hungry and saw a sign for smorgasbord where he met Kitty and a friend and had drinks with them. Marty and Kitty dated for a year, then married after he graduated from Berkeley. Marty had a group of golfers he played with called the “Mother’s Day Group.” When their wives complained, they changed the name to “Around Mother’s Day Group.”

HE REMAINED COURAGEOUS EVEN AFTER RETIREMENT
Marty retired from the Commission after 33 years, but remained a tireless advocate for small investor-owned water companies. Perhaps the strongest feature of his character was always being at the side of the underdog. In 2006, Marty led the water industry’s successful effort to rewrite the California Public Utilities Commission’s rules on rate of margin. Those new rules fairly considered small water utility cost of service in ways the earlier conventional return on rate base rules could not. Marty is credited with saving some small water utilities whose owners would otherwise have been forced to sell out. Marty was, in every sense of the word, a wise, a good and a great man. 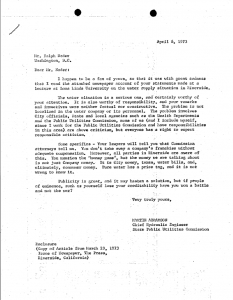 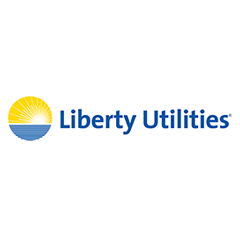