According to the State Water Resources Control Board’s (SWRCB) February 25, 2016, press release, urban water suppliers subject to the state’s emergency conservation regulations reported a cumulative savings of 24.8 percent through January 2016, just missing Governor Brown’s 25 percent statewide mandate. With more than 1,147,000 acre-feet of water conserved from June 2015 through January 2016, the SWRCB announced that “the state is 96 percent of the way toward reaching its goal of 1.2 million acre-feet of water to be saved by the end of February, an unprecedented conservation achievement.”

Despite the beginning of the El Niño storms, precipitation that fell in November and December and the relatively cool weather in late fall and early winter, water agencies across the state have effectively met the governor’s mandate for eight straight months. Average statewide residential water use declined from 102 gallons per person per day to 97 in September, 87 in October, 76 in November, down to 67 in December and to a new low of 61 in January. 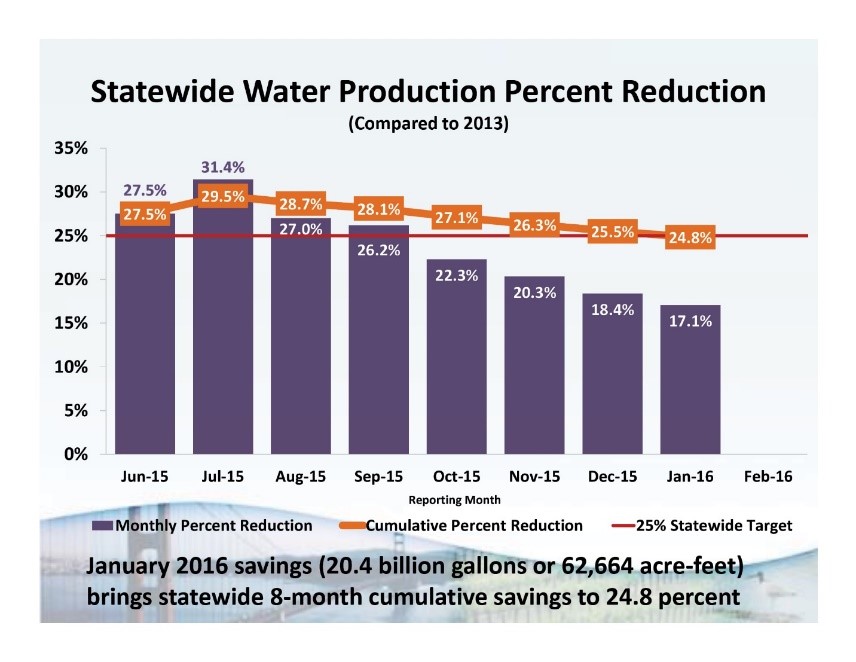 And California Water Association (CWA) member companies are leading the way. Of the 401 water suppliers reporting their December compliance outcomes, 58 percent (234 water suppliers) met or came within 1 percentage point of meeting their conservation goals. CWA is pleased to note that its member companies, which comprise 59 of the 401 reporting suppliers, bettered the state average of 17.1 percent in January by a significant margin – 68 percent achieved their targets and 80 percent achieved or were within 1 percentage point. Further, unlike the state as a whole, the regulated IOWCs have continued to exceed the governor’s 25 percent conservation mandate, maintaining a cumulative 26.9 percent reduction from June 2015 through January 2016.

SWRCB Chair Felicia Marcus noted in the press release, “While the recent rains and growing snowpack are wonderful to behold, we won’t know until spring what effect it will have on the bottom line for California’s unprecedented drought. Until we can tally that ledger, we have to keep conserving water every way we can. Every drop saved today is one that we may be very glad we have tomorrow.”

And that’s exactly what CWA member companies will do as they continue to educate and assist customers, while implementing new technologies to reduce water consumption and address water waste. The SWRCB has called for a workshop on April 20, 2016, to receive stakeholder input into possible changes to the February 2 extension of the Emergency Regulation. CWA will be participating in that workshop through its comment letter, which is due on April 14, 2016. 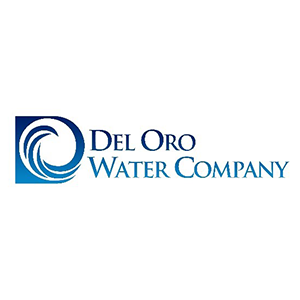