The Mercury News is on target in saying that we all need to conserve water as California experiences the most serious drought in a generation (“Water Limits Should Apply to all Users,” July 10). But the editorial missed the mark in assuming that regulated water utilities are not on board. These water utilities, regulated by the California Public Utilities Commission (CPUC), are engaged in a comprehensive, long-term conservation effort with their customers. In fact, not only are they responding to the Governor’s call for 20 percent voluntary conservation this year, but also they are complying with the 2009 state law requiring a mandatory per capita reduction of 20 percent by 2020.

On February 27, the CPUC, which shares water quality regulation for its jurisdictional utilities with the State Water Resources Control Board, passed a resolution requiring its largest regulated water utilities (those with more than 2,000 customers) to comply with the Governor’s emergency drought proclamation. Additionally, the CPUC ordered these regulated public utilities, who serve nearly 6 million Californians, to activate their drought management plans, which contain essentially all of the State Water Board’s approved conservation measures. Communications with customers on the voluntary conservation programs began shortly after the Governor’s proclamation. By May, these utilities had their formal drought management plans in place.

Significantly, every large regulated water utility in California is partnering with their customers to save substantial amounts of water. They are well along in meeting the 20 percent reduction mandate. Here in the Bay Area, the customers of San Jose Water Company and California Water Service Company are well into double digits with respect to water use reductions in their service areas.

When the State Water Board approves the new regulations on July 15, the regulated water utilities will work with the CPUC to continue coordinating their drought management plans with the State Water Board’s regulations. Not only are the CPUC-regulated water providers “on board,” but they are as fully engaged as their government-owned utility counterparts. There is no conflict with the public interest, just as there is no question that the regulated water utilities are as expert as any utility in the world with the distribution of the ultimate public resource. 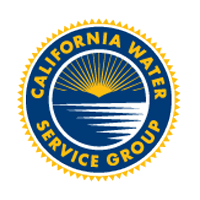