As reported on the CBS local news and the Mid Valley News on October 15, President Barack Obama, in conjunction with Congresswoman Judy Chu, the California delegation and Secretary of Agriculture Tom Vilsack, made the vision of San Gabriel residents a reality by designating the San Gabriel Mountains a national monument. Located in the Angeles National Forest north of Los Angeles, the mountains provide “one-third of the region’s clean water supply and 70 percent of the region’s open space.” Supporters of the dedication included not only state and local officials but business and community leaders, churches, water districts, educators, thousands of residents and more.

Mayor Andre Quintero of El Monte, located in the San Gabriel Valley, attended the dedication and commented, “For more than a decade, community support has steadily grown for the permanent protection of the San Gabriel Mountains. On behalf of San Gabriel Valley residents, I want to thank Congresswoman Judy Chu and the California delegation, Secretary of Agriculture Tom Vilsack and President Obama for working with our communities to make that vision a reality.”

In a statement, Los Angeles Mayor Eric Garcetti said, “The San Gabriel Mountains are a vital natural and cultural resource. Designating the area as a National Monument will ensure its resources are managed properly and protected for future generations to enjoy.” 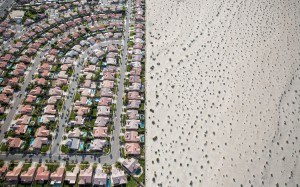 Drought Forces California to Change Itself