In February, Marty Kropelnicki, California Water Service President and Chief Executive Officer, participated on a panel at the National Association of Regulatory Utility Commissioners’ (NARUC) 2018 Winter Policy Summit in Washington, D.C. Given the topic of “Tax Reform and the Implications for Regulated Utilities,” Kropelnicki focused his remarks on “the good, the bad, and the ugly” impacts on rate-regulated utilities.

Kropelnicki opened with the “good” impact of tax reform, including a 14-percentage point reduction in the corporate tax rate, which: lowers costs for utilities; makes them more efficient; and, in turn, helps customers despite lowering revenue and reducing cash flow. He identified the “bad” impact as the loss of key deductions that bolster cash flow and fund operations and capital investments, resulting in significant reductions in cash flow for water utilities and the potential for credit downgrades. Additional negative impacts include the loss of bonus depreciation, the qualified (water) production activities deduction, and contributions in aid of construction (CIAC), which are now fully taxable. This latter point is especially bad for smaller water systems because not only will developer advances and CIAC be considered taxable income, but also grants for needed capital additions will be taxed.

Finally, Kropelnicki highlighted the “ugly” aspects of the new tax law, foremost of which is that the federal tax rate reduction triggers the re-measurement of deferred tax asset and deferred tax liability balances as of December 22, 2017. The re-measurement of the deferred tax balances can result in some ratepayers receiving tax refunds and others owing taxes to the utility. He noted utilities in California are exploring the possibility of running a portion of re-measurement tax refunds through their balancing accounts in order to reduce or eliminate customer receivables and surcharges, as well as any other items that will benefit customers.
Kropelnicki concluded his remarks by sharing three major takeaways:

As a final comment, Kropelnicki stated any reduction in a utility’s credit rating is not in the best interest of the customer in the long term, as it will only increase the cost of capital and lead to higher rates for customers. 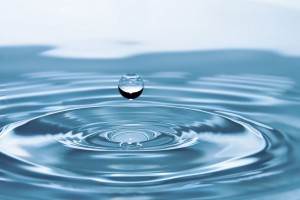