Many in the water industry were stunned and deeply saddened to hear that Apple Valley Ranchos Water Company General Manager Scott Weldy suddenly passed away in mid-April this year.

A tribute in the High Desert Daily by Kirby Brill, General Manager of Mojave Water Agency, where Weldy served as Board President until 2004, kindly noted, “[Scott] had the special gift of empathy. He made everyone feel comfortable and ‘understood’ even when his positions differed from others.”

Having served as President of the Rotary Club of Apple Valley, Weldy “lived” the group’s motto, “Service Above Self.” Tony Penna, Weldy’s close friend and successor, confirmed this in his comments in the High Desert Daily and said the company will carry on Weldy’s philosophy of educating the consumer.

“Scott certainly understood the role of water conservation, particularly landscaping, as a subset of sustainability. Given his role in Rotary, he must have embraced helping others and having a servant mindset,” Penna said. “He was loved and admired by his staff and his sudden departure is something that will take a long time to heal. We will honor his memory by continuing his work.”

Weldy’s 25-year-old son Alex noted in the High Desert Daily article, “I am proud that he was an integral part of the community. His civic-minded approach to life set a great example of what a community leader should be. He taught me to be open-minded and patient. Approach everything with a critical eye.” Alex Weldy said he would like everyone to remember his father by the motto of “Service Above Self” he lived by.

“Scott will be dearly missed and fondly remembered by all of his colleagues at Ranchos Water, as well as the residents in the High Desert communities whose lives he positively touched,” said Daylyn Presley, Senior Public Affairs Specialist at Park Water Company. “The journey and impact Scott had across the High Desert is, without doubt, incredible. Scott achieved more in his life than could be expected of anyone.”

This video tribute illustrates Weldy’s leadership, dedication, legacy and his love for life. 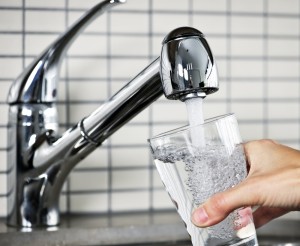