In a La Niña year typically marked by lower than average precipitation, California’s drought was essentially erased by heavy precipitation in January and February 2017. While this was great news on the water-supply front after five years of historic drought conditions, it was not such good news as devastating floods displaced approximately 14,000 San Jose Water Company (SJWC) customers and caused at least $100 million in damage.

“SJWC’s ability to provide safe, high-quality and reliable water throughout the flood emergency is a testament to the flexibility, reliability and quality of our water system,” said Francois Rodigari, SJWC’s Director of Water Quality. “At no time was the water quality or service compromised by the flood impacts.”

SJWC stepped up monitoring and sampling efforts during the flood to ensure the safety of the water supply. The results of those efforts confirmed the water supply throughout the service area continued to meet all drinking water regulations.

Keeping residents informed also was important. SJWC staff coordinated information with the City of San Jose’s Emergency Operations Center (EOC) and also posted updates through social media and on SJWC’s website. After the flood, displaced residents were advised to flush their taps for a few minutes to remove stagnant water and improve its aesthetic qualities of taste and odor, as they might do after an extended absence from their homes.

“During the last two years, SJWC staff participated in several city emergency-preparedness exercises, allowing us to develop close working relationships that are so crucial during actual emergency events,” said Jim Wollbrinck, SJWC Manager of Security and Business Resiliency. “There was some initial confusion and erroneous information about the safety of the water supply during the floods, and our involvement with the city’s EOC was key to ensuring factual and accurate information was being delivered to city staff and the public.”

The emergency-preparedness exercises paid off as SJWC worked closely with the San Jose Fire Department and other rescue and recovery personnel during the emergency to respond quickly and keep everyone safe.

SJWC’s customers impacted by the flood have been granted an eight-week extension to arrange for payment of their water bills as they deal with the larger task of recovering from the devastating floods. SJWC also contributed $10,000 to the San Jose Flood Victims Relief Fund to assist impacted customers in the heart of its service area. 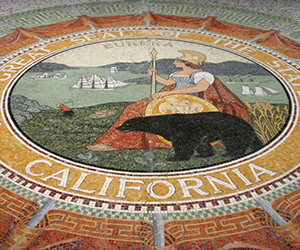