Four years after the San Clemente Dam was removed, the Carmel River is returning to its wild state, and the fish population is rebounding. California American Water’s (Cal Am) removal of the 10-story concrete dam was the largest project of its kind in California history and will likely serve as a model for similar projects nationwide.

Steelhead trout, which are listed as threatened under the Endangered Species Act, have been blocked by dams built across the West during the past century. These impediments have impeded the migration routes for steelheads, resulting in a critical decline in their populations.

During the first year after the San Clemente dam was removed, no steelhead trout were found. By 2017, seven made the trip up the river, and 29 were counted in 2018. This year, 123 steelheads have traveled upriver, and other species, such as lampreys, are coming back as well.

A front-page article in the San Jose Mercury News quoted Tommy Williams, a biologist with the National Oceanic and Atmospheric Administration who has monitored the Carmel River’s recovery, “We don’t want to do the touchdown dance yet, but so far things are looking good. It’s just amazing how fast these systems come back. Everything is playing out like we thought.”

“We’re seeing progress. I’m surprised that it has been happening in such a short time,” said Aman Gonzalez, manager of the dam removal project for Cal Am.

The San Clemente Dam, built in 1921, stopped supplying water in 2002 due to the buildup of sand and gravel in the reservoir from the Carmel River. In 1991, state inspectors determined the dam was at risk of failure in an earthquake. 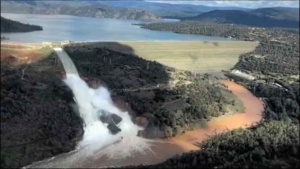