In October 2013, the California Water Association (CWA) joined a group of stakeholders consisting of representatives of water utilities and agencies, environmental and community groups, local health officers, local environmental health directors, legislative staff and other interested parties in a new Drinking Water Reorganization Task Force (Task Force). The Task Force was jointly convened by the California Environmental Protection Agency (CalEPA) and the California Health and Human Services Agency (CHHS). The purpose of the Task Force is to provide input to staff in the development of the transition plan that will be prepared for the proposed transfer of the state’s Drinking Water Program (DWP) from the California Department of Public Health (CDPH) to the State Water Resources Control Board (SWRCB).

The Brown Administration’s stated intent is to align the state’s drinking water and water quality programs in an integrated organizational structure. The Task Force completed its assessment of the proposed transfer in late December, and the primary conclusion (and concern) from the group was the need for the DWP to maintain its strong public health focus, while supporting small communities as they address their unique drinking water challenges.

SWRCB’s staff released a summary document of all work completed on January 15, 2014, which provided the Task Force input to the CalEPA and CHHS secretaries as they prepare their Transition Plan. That input covered a wide spectrum of issues that will be addressed in the Administration’s Transition Plan, including how the drinking water regulatory program will be managed, how drinking water standards will be set, how the DWP will be funded and how financial assistance will be administered.

The summary document calls for a new Division of Drinking Water that would be overseen by a deputy director, who would be required to have public health expertise and who would report directly to the executive director. The deputy director would have the authority to grant or deny water system permit applications. These decisions would not be subject to SWRCB review. Importantly, permit issuance and enforcement would not be delegated to the regional water quality control boards.

After reviewing the proposals, representatives from the Task Force identified three areas of concern: (1) further clarification on the new deputy director’s role with respect to enforcement; (2) the ongoing status of the stakeholder advisory group; and (3) financial assistance involving sustainable funding for operations and maintenance.

On January 13, 2014, CWA, the Association of California Water Agencies, the California Municipal Utilities Association, the Metropolitan Water District of Southern California, along with several other organizations, submitted a joint letter to CHHS Secretary Diana Dooley and CalEPA Secretary Mathew Rodriguez expressing their collective desire that drinking water enforcement should be executed explicitly under the authority of the deputy director and that enforcement should not be subject to SWRCB review unless the deputy director’s action is appealed.

Finally, the stakeholder letter encouraged the Administration’s transition plan to make sure that the Safe Drinking Water State Revolving Fund conforms to the U.S. 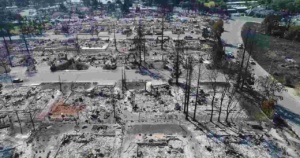 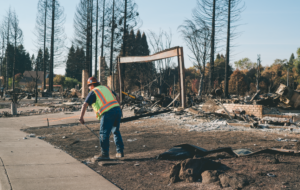