AB 968 would set new water-use efficiency targets for water suppliers to achieve by 2025, in the form of annual aggregate water consumption limits equal to the sum of retail indoor and outdoor usage, plus other variables, including water loss and water-use variances that are particular to a given utility’s service area. The bill would make water-use efficiency a way of life in California in a manner that accounts for local conditions, while also recognizing and incentivizing sustainable, balanced approaches to water management. AB 968 would establish a collaborative stakeholder process to continue improvement in water-use efficiency beyond 2025.

Backflow Prevention/Public Health Bills
Along with ACWA, CMUA and CA-NV AWWA, CWA is a co-sponsor of AB 1671, a bill introduced by Assembly Member Anna Caballero (D-Salinas) that would require the SWRCB to complete revisions to the cross-connection control regulations contained in the California Code of Regulations (CCR) Title 17 by January 1, 2020.

Backflow prevention devices are used to prevent contaminated fluids from entering a utility’s drinking water supply system. This is a critical public health responsibility because a broken or failed backflow system can easily result in contamination of a public water supply leading to a public health incident. Accordingly, the proper testing of backflow prevention devices is crucial to the prevention of backflow contamination and is a cornerstone of a properly managed cross-connection control program.

To ensure that testing and maintenance of backflow prevention devices are performed by qualified persons, California law authorizes local health officers to maintain programs for certification of backflow prevention device testers. Additionally, regulation requires backflow preventers to be tested by persons who have demonstrated their competency in the testing of these devices to the local water utility or local health agency. Because the water system is responsible for the damage caused by such a failure, public water systems are responsible for hiring testers who have “demonstrated their competency.”

The core regulatory requirements for backflow prevention are contained in CCR Title 17 and were promulgated in 1987. The most recent guidance manual was written in 1988. These outdated regulations have resulted in uncertainty for the backflow prevention device testers and those who hire them. Updating the cross-connection control regulations with the participation and input of drinking water industry representatives, as intended by AB 1671, would result in improved guidance on the competency requirements for backflow prevention device testers.

The bill was heard April 25, 2017, in the Assembly Environmental Safety and Toxic Materials Committee, and it passed unanimously. Golden State Water Company’s Manager of Water Quality Dawn White and Chair of CWA’s Water Quality Committee represented CWA at the hearing and testified in support of AB 1671. The bill will be heard next in the Assembly Appropriations Committee later in May. 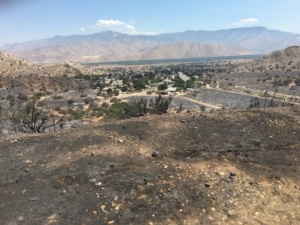 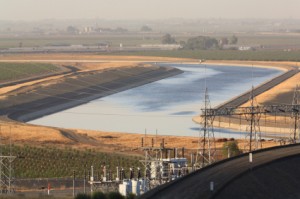