To ensure California Water Association (CWA) members can continue providing customers with safe, reliable and high-quality water, CWA is taking action on proposed state legislation by writing letters and testifying at committee hearings. Below is a summary of several bills on which CWA filed position letters in March and April.

CWA submitted a letter of Support to Assembly Member Bill Quirk on AB 474 (Garcia): Hazardous Waste: Spent Brine Solutions. This bill would exempt spent brine solutions, which are byproducts of groundwater treatment, from California drinking water standards if certain conditions are met. It also would permit a cost-effective and environmentally beneficial means of treating the waste products.

In a letter to Assembly Member Eduardo Garcia, CWA expressed Support of AB 196 (Bigelow): Greenhouse Gas Reduction Fund: Water Supply and Wastewater Systems. This bill would authorize the use of the Greenhouse Gas Reduction Fund for electric pump efficiency, water and wastewater systems, pump and pump motor efficiency improvements and drinking water transmission and distribution systems’ water loss if the investment furthers the regulatory intent of the California Global Warming Solutions Act of 2006.

Taking a position of Support, if Amended, CWA sent a letter to Assembly Member Eduardo Garcia on AB 554 (Cunningham): Desalination: Statewide Goal. The bill would establish a goal to desalinate 300,000 acre-feet of drinking water per year by 2025 and 500,000 acre-feet per year by the year 2030. Agreeing with the proposed goals, CWA requested that “public water suppliers,” a defined term in California Code, replace “local and regional water suppliers” in line nine of the bill.

In a letter to Assembly Member Eduardo Garcia on AB 321 (Mathis): Groundwater Sustainability Plans, CWA indicated Support of the bill, if amended, to include “water corporations regulated by the public utilities commission” among those solicited by the groundwater sustainability agency to participate in the groundwater basin prior to and during the development and implementation of the Groundwater Management Plan.

CWA took an Oppose position on AB 672 (Jones-Sawyer): Utility Services in a letter to Assembly Member Mark Stone. The bill would amend existing law authorizing an electrical, gas or water corporation or public agency to bring a civil action for damages against any person who commits, authorizes, solicits, aids, abets or attempts, among other things, the diversion of utility services. The bill would authorize, in such a civil action, the “prevailing party,” rather than “the utility,” to recover “actual damages,” instead of “three times the amount of actual damages,” plus the costs of the suit and reasonable attorneys’ fees. In its opposition letter, CWA indicated the bill would “have the perverse effect of condoning the diversion (i.e., theft) of utility services because the penalty for theft would be limited to actual damages, rather than treble damages” and “create a disincentive for utilities to pursue civil actions against guilty parties because of the potential that an adverse finding not only would deprive the utility of its actual damages, but also would force the utility to absorb the litigation and attorneys’ costs as well as the cost of the lost utility service.” 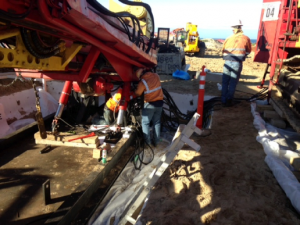