CWA’s first letter, filed with DWR in late June, focused on the draft update to the Model Water Efficient Landscape Ordinance (MWELO), which was approved on July 15 by the California Water Commission and included CWA’s suggested revisions. The draft update sought to achieve water savings through methods such as employing more efficient landscape irrigation systems, encouraging graywater use to promote uncontaminated wastewater as a resource and increasing public education. CWA generally supported the update; however, it identified two changes that warranted further clarification. First was to change “water budget” to “outdoor water budget” in Section 491, Subdivision (www) and throughout the ordinance since the former terminology refers to an individual customer’s monthly allocation of both indoor and outdoor water use in the rate-setting context. The final MWELO document removed “water budget” from the definitions in Section 491 and clarified that water budget calculations pertained specifically to the Maximum Applied Water Amount and the Estimated Total Water Use calculations as determined in the Water Efficient Landscape Worksheet.

Second, in Section 492.7, Subdivision (a)(1), CWA recommended clarifying that customers who purchase their own landscape water meters are responsible for reading and maintaining those meters, as is the case for water purveyors who provide meters to their customers. While the final version did not include this recommendation, it did delineate between a landscape water meter provided by the local water purveyor or a privately owned meter or submeter.

The second letter, also filed with the SWRCB in late June, covered CWA’s issues with the Draft State Fiscal Year 2015-16 Drinking Water State Revolving Fund (DWSRF) and Proposition 1 Intended Use Plan (IUP). CWA noted that IOUs remain ineligible for certain types of Proposition 1 benefits and assistance, including loan forgiveness (Short-Term Goal 10 of the IUP) and DWSRF Affordability and Additional Subsidy for Disadvantaged Communities (page 21 of the IUP). CWA’s letter indicated the desire to work with the SWRCB to remedy these inequities.

The letter recommended a number of changes to the definition of “Economically Distressed Area (EDA).” Rather than basing the definition on a “population of less than 20,000 persons,” CWA recommended changing it to “a system with less than 7,500 service connections,” contending it is a better criterion than census-driven population estimates. Additionally, CWA suggested focusing on financial hardship and average monthly water bills compared with monthly median household income (MHI) rather than the unemployment rate. CWA further recommended revising the IUP to eliminate low population density as a measurement for evaluating project eligibility, as well as to enable small community systems facing huge treatment costs to be eligible, regardless of whether they meet the EDA criteria.

CWA is pleased to note that the final version adopted by the SWRCB on August 4 removed the entire discussion on EDAs, census-driven population estimates and unemployment rates. Instead, the final eligibility criteria will focus on financial hardship and the average residential water rates and bills as a percentage of MHI.

Another letter submitted to the SWRCB addressed the application process for grants and loans made under the Proposition 1 Groundwater Sustainability Program and Senate Bill 445 Site Clean-up Subaccount Program (SCAP). IOUs use the grants and loans to offset the costs of complying with new groundwater regulations and environmental remediation to ensure reliable and clean water supplies for their customers. In the letter, CWA encouraged the SWRCB to devote staff and leadership time to ensure the Legislature appropriates available Proposition 1 and SCAP funds to “generate tangible, material benefits for the state’s groundwater supply.”

CWA also suggested that SWRCB’s mandatory monitoring guidelines for grant and loan recipients should be streamlined and site specific; only consist of data collection necessary to evaluate the clean-up project; and only be imposed after a determination that other data available from other sources is insufficient to assess the effectiveness of the clean-up project.

CWA recommended prioritizing grants and loans for projects that prevent or clean up contaminated groundwater currently used for drinking water to augment supplies impacted by the drought. The letter went on to address how funding requests should be evaluated and prioritized and recommended that the SWRCB offer grants of various sizes based on the number of service connections that will benefit from the funds. The new funding applications can be accessed at http://www.waterboards.ca.gov/water_issues/programs/grants_loans/gw_funding/.

CWA submitted the final letter to the SWRCB on July 1, 2015, which outlined the IOUs’ experiences with the conservation water pricing and implementation of Directive 8 of Governor Brown’s Executive Order B-29-15. For several years, the IOUs have been implementing conservation rate design programs to comply with the California Public Utilities Commission’s (CPUC) Water Action Plan. The CPUC authorized the rates along with regulatory accounting mechanisms that work with conservation pricing. According to the letter, “These regulatory tools have generally worked well to instill a conservation ethic in customers … without inflicting undue financial harm on the IOUs.”

At this point, the SWRCB staff is still mulling over its options with respect to future extensions of the emergency conservation regulations and particular conservation rate designs. However, an August 26 workshop hosted by staff indicated they are looking at a two-pronged approach, which includes both improvements to the emergency regulations should they be extended and, potentially, a longer-term conservation regulatory strategy for non-emergency, non-drought periods.

On September 18, 2015, a dozen water industry participants in the August 26 workshop, including CWA, submitted a letter to the five SWRCB Members, requesting that the Board take a deliberate approach to long-term conservation policy, noting that establishment of permanent conservation regulations during non-drought periods is a topic of enormous public policy importance, with significant potential for unintended consequences. The letter further noted that the end goal should be water supply reliability and drought resiliency, not water conservation as an end in itself, and that the effect of the emergency regulations on customers and utilities be fully analyzed and considered before moving toward permanent regulations. 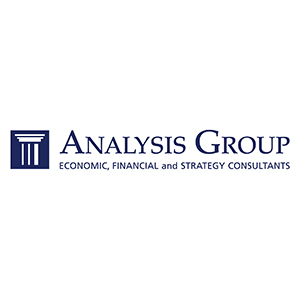