Beginning with an announcement of a forthcoming regulatory rulemaking and concluding with a panel of water utility district managers on what keeps them up at night, the California Water Association (CWA) addressed a multitude of issues at its 72nd Annual Conference on November 4-6 in Monterey. The conference theme was “Rising to the Challenges of Tomorrow’s Water World.”

Following a day of committee meetings, including a special presentation on the medium-term outlook for debt and equity markets by Louis De Caro, Senior Banker with Blaylock Robert Van, LLC, Commissioner Catherine Sandoval of the California Public Utilities Commission (CPUC) opened with a keynote address outlining the challenges facing the CPUC and its regulated water utilities. Among them are keeping rates affordable for low-income customers in a rising cost environment where drought, new water supply and drinking water standards, infrastructure needs and declining demand are forcing rate increases for customers in California, whether served by CPUC-regulated or government-owned water utilities.

Commissioner Sandoval announced her plans to open a second phase of an existing CPUC policy rulemaking on rates and affordability that will examine the impact of conservation rates on low-income customers, current approaches to sales forecasting and the application of revenue adjustment mechanisms. She referenced the CPUC’s Low-Income Oversight Board as the focal point for these issues, noting the Board’s interest in rates, water conservation and threats to water supply from the Sacramento-San Joaquin Delta.

Sandoval closed her presentation by recommending the CPUC and water utilities with multiple districts throughout the state re-examine the possibility of consolidating customer rates, where possible, to achieve greater economies-of-scale and lower rates for certain high-cost regions.

Of particular interest to CWA members is the forthcoming drinking water standard for hexavalent chromium (Chromium-6 or Cr-6), a contaminant that is predominantly naturally occurring. California will be the first state to have a maximum contaminant level (MCL) for Cr-6, which has been proposed at 10 parts per billion (ppb) by the California Department of Public Health (CDPH). That MCL level equates to approximately one drop of water diluted in 13,750 gallons of water. To explain all of this, Rob Guzzetta, Vice President of Engineering and Water Quality at California Water Service Company, briefed the audience on Cr-6 and the impact of the 10 ppb MCL on his company’s customers.

Joining Guzzetta to explain CWA’s comments on the proposed MCL, as well as the ongoing litigation between CDPH and the Natural Resources Defense Council, was Nossaman LLP Attorney Mari Lane. Lane prepared CWA’s comments, filed October 11, 2013, with the CDPH, as well as a short amicus curiae brief CWA submitted to the Alameda County Superior Court on October 29, 2013. The brief requested the judge provide CDPH enough time to revise its assessment of the MCL, based on the detailed technical assessments submitted by CWA and others, and allow CDPH the maximum time permissible to finalize the MCL.

Davis pointed out that the transfer, to be proposed in the Governor’s 2014-15 budget, will preserve as many of the current elements of the DWP as possible, while seeking synergies from current overlapping jurisdictional areas (e.g., recycled water). She also noted that most of the legislative suggestions offered by the affected parties, including CWA, during the 2013 legislative session are being retained by the administration for the 2014 legislative package.

A very welcome presentation at the conference was the luncheon address by California State Controller John Chiang, who tackled the challenge, “Maintaining California’s Fiscal Health.” Chiang explained the myriad responsibilities of the Controller’s Office and how California stepped back from the infamous “fiscal cliff” of 2008-09 to achieve a modest surplus today. He concluded with some sobering observations on the future threats to the state’s financial health, not the least of which are pension liabilities, lagging job growth and other impediments to economic prosperity.

San Jose Water Company’s Charmaine Jackson, who chairs CWA’s Utility Supplier Diversity Program (USDP) Committee, opened the afternoon session with a review of how CWA member companies’ procurement from diverse suppliers is contributing to economic development in local communities and to the delivery of high-quality, reliable water service. She described the water companies’ steady progress in adding diverse business suppliers to the industry’s procurement stable under the leadership of Emma Maxey, GSWC Supplier Diversity Manager, who chaired the USDP Committee from 2007-2012, as well as the new partnerships with Excelerate Consulting and Infinity Business Solutions that will define the committee’s activities for the next few years.

Despite the fact that the CDPH commended the company in a required Citation for Non-Compliance for its deployment of an emergency operations center and excellent response that restored the system to normal in less than six days, four toxic tort lawsuits with more than 300 plaintiffs were filed in 2012. GSWC responded to the lawsuits with a motion for summary judgment under Section 1759 of the Public Utilities Code, which deprives a court of jurisdiction over a damages action against a regulated utility if a three-part test arising from the Hartwell case is satisfied.

The court agreed that the facts in this case confirmed (1) the CPUC did have the authority to adopt a regulatory policy; (2) the CPUC affirmatively exercised that authority; and (3) that court action would hinder or interfere with the CPUC’s authority. The court ruled it did not have jurisdiction and granted GSWC’s motion. In short, the plaintiffs could not prevail without asking the jury to second-guess the CPUC/CDPH regulatory scheme for monitoring and response, thereby removing the Hartwell decision’s “safe harbor” provision.

The challenge of “Operational Safety – Leadership, Culture, Systems” was the focus of the presentation by Bill Komianos, Senior Director of Operational Risk Management for American Water Works Company, Inc., and Bret Hinerman, Operations Risk Manager for California American Water Company (CAW). They covered the common themes of “best in class” operational safety (e.g., ownership of safety and health by all employees in an organization), American Water’s vision for safety (an injury and illness-free work environment) and the cultural journey for safety, which begins with the notion that safety is a burden and concludes with the institutional “hardwiring” of safety value in the organization, “Safety is Who We Are.”

They addressed a variety of pressing issues facing investor-owned water companies, including threats such as:

Among the loyal group of conference sponsors, CWA acknowledged the financial support and contributions from CoBank, the first evening dinner host, and the law firms of Allen Matkins, Nossaman LLP and Manatt, Phelps & Phillips, LLP, which sponsored the conference lunch, reception and second night’s dinner, respectively. Their support was key to the conference’s success. 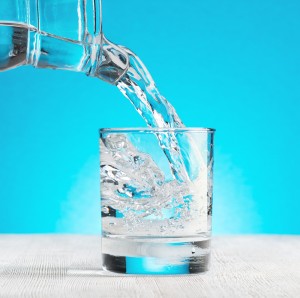