The CPUC’s En Banc Hearing was hosted by CPUC President Michael Peevey. He was joined on the dais by Commissioners Mark Ferron, Michel Florio, Carla Peterman and Catherine Sandoval as well as Assemblymember Steven Bradford (D-Gardena), chair of the Assembly Committee on Utilities and Commerce, and former Assemblymember Gwen Moore, who sponsored the original Public Utilities Code legislation in the mid-1980s establishing GO-156.

This year’s theme was “General Order 156 – Supplier Diversity Growing to New Heights.” The purpose of the hearing was to learn of the latest progress and activities from the chief executive officers and presidents of California’s largest investor-owned utilities, including Pacific Gas and Electric Company, San Diego Gas & Electric Company, Southern California Edison, Southern California Gas Company, AT&T, Sprint, Verizon, Comcast Cable and Cox Communications. All of these leaders, including MacLean, explained how their respective companies encourage inclusion of diverse suppliers in contract opportunities.

MacLean said, “From 2011 to 2012, the water companies significantly increased their ‘diverse spend’ by 16 percent, reaching nearly $75 million. Further, our number of paid certified diverse vendors increased 25 percent in 2012 to 372.”

MacLean further noted that even though the eligible water companies only have been required to participate in the GO 156 program since 2011 (compared with the energy and communications utilities, which have been in the program since 1988), three of the seven companies – Suburban Water Systems, Park Water Company and California American Water –already are eclipsing the GO-156 goal of having 21.5 percent of all eligible procurement dollars expended with WMDVBEs.

In addition, the leaders shared their views on how supplier diversity programs are stimulating economic development and job creation in California. Other participants and speakers at the hearing included distinguished guests from the California Utilities Diversity Council; ethnic chambers of commerce; national organizations in support of supplier diversity; and a number of emerging WMDVBE firms with success stories as a result of GO 156. 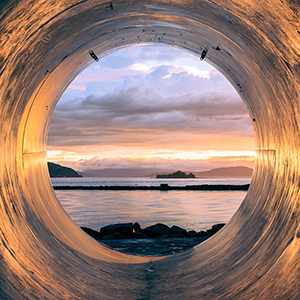