During his presentation, Hawks gave an overview of the 113 regulated investor-owned water companies (IOWCs) and outlined the regulatory milestones of the drought and where we are today. He explained the responsibilities of the California Public Utilities Commission through the Commission’s Tariff Rule 14.1 and accompanying Schedule 14.1, and how they are being used to implement the State Water Resources Control Board’s emergency water conservation regulation and associated mandated water use reductions in the urban sector.

Hawks concluded his presentation with an overview of conservation compliance by California water suppliers from June through August, including detailed performance by the IOWCs indicating 50 of the 60 met or exceeded their conservation targets. 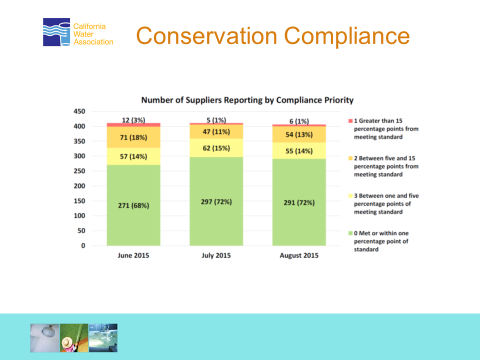 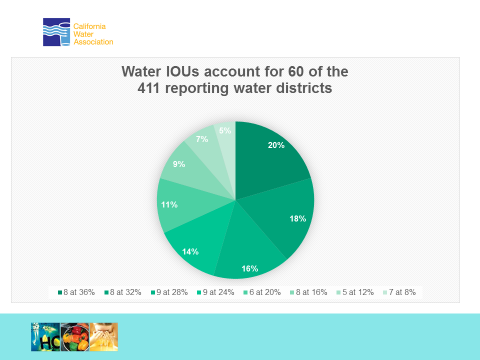 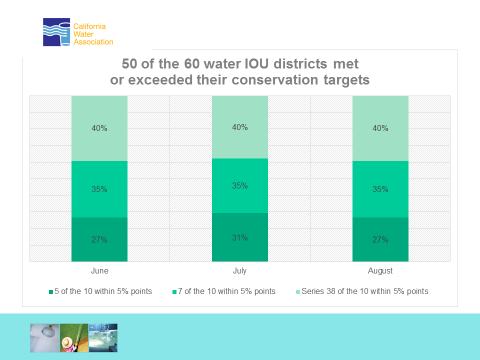