One of the bills that has been wending its way through the state legislature this spring is Assembly Bill 145 (Perea and Rendon), which, if passed, would move all the regulatory and financing programs for drinking water systems, currently managed by the California Department of Public Health’s (CDPH) Division of Drinking Water & Environmental Management – both under the California Health and Human Services Agency (“CHHS”) over to the State Water Resources Control Board (“SWRCB” or “State Water Board”). Collectively, these regulatory and financing programs are known at the State’s Drinking Water Program (the “Program”). The bill arose out of concern that DPH was not providing needed funds to disadvantaged communities in California who are not able to maintain a sustainable supply of safe drinking water.

On April 19, 2013, the California Water Association (“CWA”) joined the Association of California Water Agencies (“ACWA”) and the California Municipal Utilities Association (“CMUA”) in a letter to CHHS Secretary Diana Dooley and California Environmental Protection Agency (“CalEPA”) Secretary Matthew Rodriguez that respectfully requested consideration of a variety of options before moving the entire Program to the SWRCB. These organizations, the members of which provide the vast majority of safe drinking water to the residents and businesses of California, had a number of constructive suggestions for the policymakers as they contemplate the fate of the Program.

One point expressed in the letter is that the SWRCB is busy now implementing many critical and complex programs, such as Delta Flows, water rights, wastewater regulation, and storm water regulation. Adding the Drinking Water Program and its attendant 24-7 public health requirements to its portfolio creates a risk that the State Water Board’s focus will be diverted from its already very full plate of critical programs and complex issues. CWA, ACWA and CMUA suggested that a more targeted approach to address identified shortcomings in the Program is the appropriate and less costly solution.

The letter’s first recommendation called for aggressive financial management of the Safe Drinking Water State Revolving Fund (SDWSRF) in order to help disadvantaged communities and other communities with small financially challenged water systems. It referenced the U.S. EPA’s Region 9 recommendation and request that CDPH submit a plan with specific steps to reduce the unspent obligation for the SDWSRF, noting that this could be accomplished without moving the entire Program away from the CDPH. The letter also recommended consideration of these other options:

Creation of a new drinking water department or office at Cal/EPA is a worthwhile option to consider because safe drinking water deserves the same level of priority in state government as clean air, toxic substances control, pesticide regulation, environmental health hazard assessment, and water resources control. Further, “ensuring public health is part of Cal/EPA’s mission and having a new office or department at Cal/EPA would elevate the Program, put a laser focus on safe drinking water, keep the focus on public health and avoid having the Program compete directly with other State Water Board programs for resources and management time.”

The letter concluded by suggesting that California already has a drinking water program that works well, and that the focus should be on addressing the specific drinking water problems with which some disadvantaged, rural and small communities continue to grapple. All three organizations expressed appreciation to the two Secretaries for consideration of their views and welcomed the opportunity to work with them to address these issues. 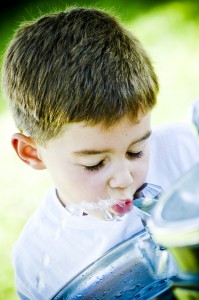