As part of its ongoing “Thought Leaders Series,” The California Public Utilities Commission (CPUC) hosted a forum on November 14, 2013, on “Effective Regulation.” CPUC Commissioner Mark J. Ferron opened the forum with a brief summary of his views on effective utility regulation and sent a strong message to the 100-plus attendees: “The senior executives at our [the CPUC’s] regulated utilities must be held accountable for their actions.”

Former Governor Arnold Schwarzenegger’s Chief of Staff, Susan Kennedy, a former CPUC Commissioner from 2003 through 2005 who now leads Alston & Birds LLP’s public policy advisory services in California, moderated the panel, which, interestingly, did not include a regulated entity. Nonetheless, Kennedy made sure the perspectives of the CPUC and regulated utilities were well represented. The two panelists were Solar City Co-Founder, Chief Operating Officer and Chief Technology Officer Peter Rive, and Mark Toney, Executive Director of TURN-The Utility Reform Network, which, along with the Office of Ratepayer Advocates, represents residential and small commercial customers in utility proceedings at the CPUC.

Kennedy, Rive and Toney had three different views on the role of regulation. Kennedy introduced the discussion by saying the primary purpose of regulation was to curtail the power of government. Rive said the primary role of (energy) regulation was to address market failure, while Toney said effective regulation is intended, principally, to promote equity among all types of customers regardless of age, race, income class or ethnic background. Toney also noted that, beyond equity, effective regulation must promote sustainability and affordability and none of these attributes are characteristic of deregulated or free markets.

The three participants conducted a very lively discussion, and Kennedy entertained the audience by continually playing the devil’s advocate and provoking Rive and Toney into defending their positions with counter arguments and points to their primary themes. Marzia Zarfar, Director of the CPUC’s Policy and Planning Division, offered the utility representatives in the audience an opportunity to comment. While most demurred, several other components of effective regulation were offered, including the addition of balance to the concept of equity such that the interests of utility customers, employees and owners are balanced in CPUC decisions. Other critical components of effective regulation offered were the need for the regulator to be a safety regulator first and foremost, plus the twin attributes of timeliness and transparency in CPUC proceedings and decisions.

Learn more about the CPUC’s “Thought Leader Series” at: http://www.cpuc.ca.gov/PUC/hottopics/7other/081027_thoughtseries.htm or access a video archive at http://www.californiaadmin.com/cpuc.shtml. 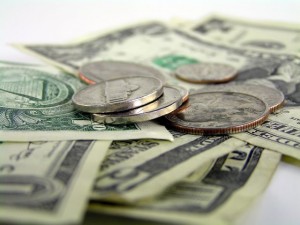