On July 31, California Water Service Group (Cal Water) announced several leadership changes beginning with the retirement of Chief Executive Officer Peter C. Nelson effective September 1. After his retirement, Nelson will continue to serve as Chairman of Cal Water’s Board of Directors, and Chief Operating Officer Martin A. Kropelnicki will become President, Chief Executive Officer and a board member.

Under Nelson’s leadership, the company expanded into three new states, more than tripled its utility plant to $1.45 billion, achieved consistently high service marks from customers and made continuous improvement a part of daily operations resulting in Cal Water being named one of the top 95 workplaces in the San Francisco Bay Area for the last two years.

Kropelnicki has been employed at Cal Water since 2006 and was named Bay Area Chief Financial Officer of the Year in 2009. He has more than 25 years of experience and has held executive and management level positions at several firms, including Deloitte & Touche Consulting Group and Pacific Gas & Electric Company.

Cal Water also selected Michael B. Luu as Vice President of Customer Service and Information Technology, a role he has filled in an interim capacity since February 2013. Luu is a Certified Project Manager, Certified Software Quality Engineer and Certified Water Treatment Operator. Luu has proven to be a top performer and excellent leader.

Finally, Timothy D. Treloar was appointed Vice President of Operations. He has worked for Cal Water since 1994 in various capacities and distinguished himself as manager of one of Cal Water’s largest service areas. With both water quality and operations expertise, Treloar holds the most advanced certification available from the state of California in both water treatment and distribution. 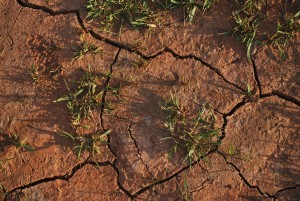 Drought Stories in the Media