In September, California Water Service Company (Cal Water) broke ground on two groundwater treatment projects in Long Beach and Carson designed to reactivate essential water wells within the Dominguez Water System, a critical supplier to Southern California customers. When the projects are completed, Cal Water will have invested $10 million in improvements to the two treatment plants in order to increase local supply reliability and reduce purchased water costs to the benefit of area consumers.

Construction crews at both locations have begun preliminary work on ion-exchange and aeration treatment units along with ultraviolet and choloramination facilities to produce high-quality water that meets or exceeds state and federal water quality standards. In addition to reactivating the two wells, Cal Water also is replacing the pump and motor at its Long Beach facility. By constructing both treatment stations simultaneously, Cal Water officials report they will be able to achieve additional cost savings through economies-of-scale and efficiencies.

When fully reactivated, the Long Beach and Carson wells will locally produce 1,200 and 800 gallons per minute (gpm) of water, respectively, for a combined total of 2,000 gpm in reduced water purchased from other suppliers.

According to Cal Water District Manager Henry Wind, “As the costs of imported water continue to increase, maximizing use of our local groundwater basin will reduce costs to customers over the long term.” Through its investment in the new construction, “Cal Water continues to demonstrate its commitment to providing high-quality water as affordably as possible,” said Wind.

Cal Water expects construction to continue at the two sites for at least seven months, with plans for the Long Beach station to come on line in April 2014, followed by completion of the Carson treatment plant by June 2014.

Today, approximately 310,000 people are served through 84,700 Cal Water customer service connections in Carson, Torrance, Hermosa Beach, Redondo Beach and the Palos Verdes Peninsula. The company has provided water service in the area since 1927.

Additional information on the two groundwater treatment projects is available online at www.calwater.com. 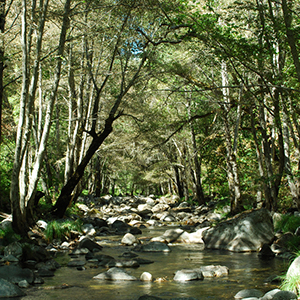