Henry suggested in her original column that for IOWCs, “It’s all about profit,” downplaying a number of factors that influence the complex world of setting utility water rates. First and foremost, as Hawks noted in his guest editorial, “By law, an IOWC regulated by the California Public Utilities Commission (CPUC) only recovers its costs following an extensive independent, third-party audit of the water company and its proposed expenditures.” This process ensures the rates set by the CPUC are reasonable, while balancing the appropriate level of investment that allows the IOWCs to continue to provide safe and reliable service.

Throughout California, rates differ between communities because of costs and sources of water; age and location of the physical systems; the size and type of customer base and their usage patterns; and the utility’s actual financial sources and willingness to maintain the water system. Each utility has its own unique circumstances with respect to the multiple factors that determine its rates relative to its neighbors. Industry experts agree, as did General Manager Van Grayer of Vaughn Water Company, that, “You can’t do an absolute apples-to-apples comparison of water rates between districts.” For Cal Water and the City of Bakersfield, the experience is no different. For example, both rely on an array of water sources, including the Kern River, groundwater and pricey imported water. Cal Water also has to pump water uphill to customers, which is costly, while also paying property taxes and franchise fees and financing infrastructure improvements to its aging system. Like other progressive water agencies, Cal Water invests in groundwater banking to ensure an adequate and reliable water supply for the future.

Henry points to government takeover by eminent domain as a viable option for public water users to curb rate hikes. However, as noted by Hawks, this protracted process has consistently saddled taxpayers with decades of debt, higher water costs and an uncertain future. Several years ago, the town of Felton in Santa Cruz County engineered a government takeover of an IOWC that had been serving the community since 1889. Even though the original amount proclaimed by takeover proponents was $2 million, the final purchase price was $13.4 million, more than six times the amount originally promised by the proponents of eminent domain.

The acquisition cost was spread among just 1,300 customers who obligated themselves to 30 years of higher property taxes in exchange for presumed lower rates. In short order, though, the new public owner implemented a 35 percent rate increase and now is poised to impose an additional five-year rate increase totaling 55 percent. On top of that, residents are obligated to pay $45 per month in added property taxes for the life of the bond.

The eminent domain experience in Felton defies the experience of nearly 73 million Americans—one in every four people in this country—who receive water from an IOWC or public-private partnership such as Cal Water’s arrangement with the city of Bakersfield. Contracts for these partnerships are renewed at an average rate of 93 percent, underscoring the high satisfaction with the water services provided. 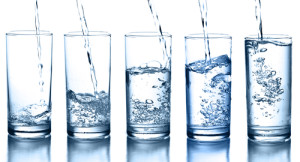 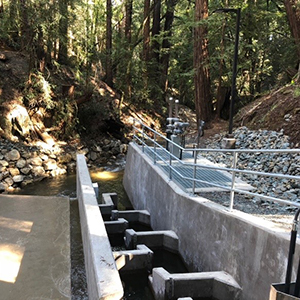