A bill that would move the state’s drinking water program from the California Department of Public Health (CDPH) to a new division within the State Water Resources Control Board (SWRCB), which the retail and wholesale water utility community universally opposes, passed the California Assembly on May 28. Now headed to the Senate, AB 145, authored by Assembly Members Henry Perea (D-Fresno) and Anthony Rendon (D-Lakewood), was approved on a 43-21 vote on the Assembly floor. The Association of California Water Agencies (ACWA) is leading a coalition of water providers opposing the bill. ACWA reported that during the debate, some Assembly members spoke in opposition to the bill, while others called for further discussion to address the concerns raised by the coalition opponents, including the California Water Association.

Assembly Member Perea noted the bill is designed to resolve the problems associated with ensuring funds are distributed in an expeditious manner from the federal and state Drinking Water State Revolving Fund (DWSRF) to communities with contaminated drinking water sources. He cited an April 19 letter from the U.S. Environmental Protection Agency (EPA) chastising CDPH on its administration of the DWSRF program, stating CDPH was out of compliance with EPA requirements and noting more than $455 million in federal funding remains unspent. During the debate, Assembly Member Holly Mitchell (D-Los Angeles) said that while she would vote for AB 145, she wanted the bill’s authors to work with public health advocates to make sure public health issues are being addressed.

ACWA’s report on the vote referenced Assembly Republican Leader Connie Conway’s (R-Tulare) agreement that challenges facing communities with contaminated drinking water sources must be resolved as well as her concern about whether AB 145 was the answer to those problems. “I struggle to understand how the SWRCB is the right place to do that,” Assembly Member Conway said. She urged a “no” vote on the bill. Assembly Member Brian Dahle (R-Bieber) also said he would vote “no,” noting he would prefer to see CDPH held accountable for improving administration of the fund.

Prior to the vote, 47 coalition partners, including public water agencies and investor-owned water utilities, as well as the Health Officers Association of California and the California Association of Public Health Laboratory Directors, signed and circulated a “floor alert” requesting a “no” vote on the bill. The floor alert explained the problems and negative consequences associated with AB 145 and requested an amendment for a more targeted solution that would transfer only the administration of the DWSRF to the SWRCB and leave the rest of the state’s Drinking Water Program (DWP) at CDPH. This would include regulatory determinations, standards promulgation, water system permits and distribution and water treatment operator certification.

The alert explained the solution would help disadvantaged communities without sustainable supplies of safe drinking water, while retaining the essential public health responsibilities of the DWP with the agency charged with public health protection. Finally, the alert pointed out that transferring the DWP would undermine the program’s focus on public health. 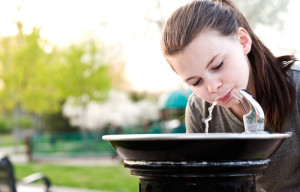